COMMISSIONING OF THE CITEDAL PROJECTS BY HIS EXCELLENCY RT HON DR. IFEANYI UGWUANYI. 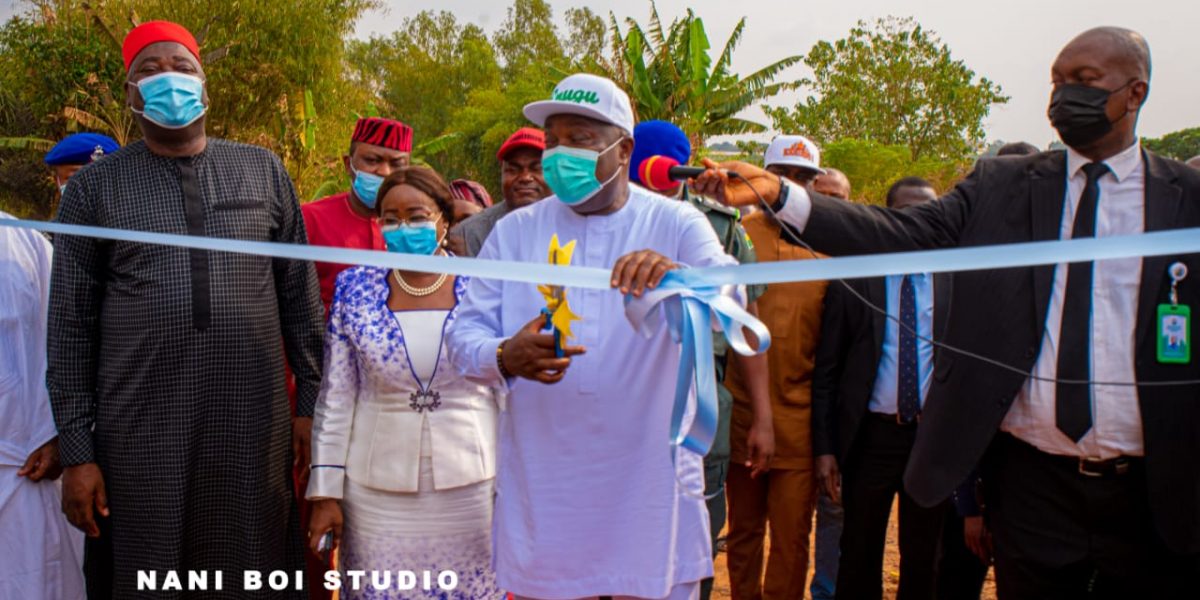 The Executive Governor of Enugu State, Rt. Hon. Lawrence Ifeanyi Ugwuanyi has commissioned multiple legacy projects in the Institute of Management and Technology IMT, Enugu. These projects were executed as part of his administration’s efforts to address the challenges of decayed infrastructure in the State and IMT in particular. Some of the landmark projects include;
1. Block of ultra-modern offices for the Registry Division
2. Block of 15 ultra-modern class rooms on suspended floors with seating capacity of 1,224 students.
3. Block of fully furnished ultra-modern Academic staff office complex comprising 60 offices with intercom facilities.
4. A world class Medical Centre with all necessary appurtenances for the provision of quality medical services to staff and students of IMT, Enugu.

While addressing the large audience, the Governor promised to give additional one hundred million naira to the Institute. The Governor further directed the State Commissioner for Works to return back to Site and complete the network of roads started by the State Government last year.
In her remarks, the Chairman, IMT Governing Council, Deaconess Dr. Mrs Ifeoma Nwobodo acknowledged that Governor Ugwuanyi has brought visionary leadership to bear on the governance of Enugu State and by extension IMT. She noted that it is a day of fulfillment! A day of showing forth a vision turned into reality. Mrs Nwobodo stated that the Council and Management of IMT have kept faith with the mandates given to them by His Excellency, when the Governing Council was reconstituted, to raise the standard of teaching and learning in the Institute and restore its premium position amongst the commity of Nigerian Polytechnics and beyond.
On his part, the Rector of the Institute Prof Austin Uche Nweze who recounted the numerous intervention projects, tangible and intangible thanked the Governor for prompt release of monthly allocation to the Institute. While acknowledging the contributions of Governor Ugwuanyi, Prof Nweze noted that IMT has successfully undergone two accreditation under his watch. The Rector thanked the Governor immensely for approving huge sums of money that made the excise a success. This according to the Rector has elevated the Institute from 27th position at the inception of this Administration to 7th in the country and 2nd best State Polytechnics in Nigerian.
The jubilant staff and students who were overwhelmed by the Governor’s magnanimity could not hide their feelings as air was rent with the shout of “gburu”.