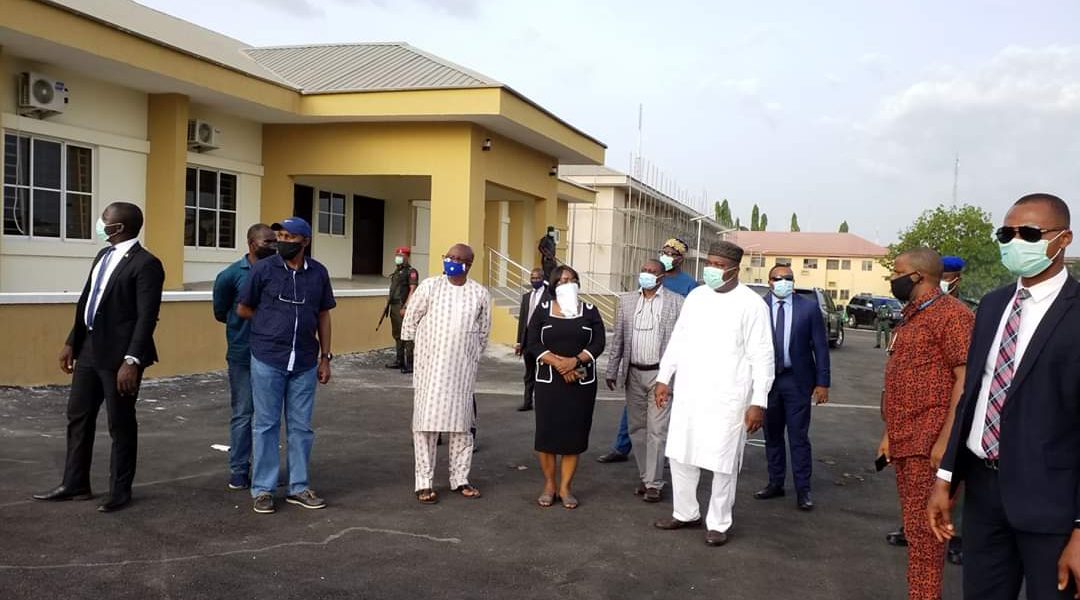 Governor Ifeanyi Ugwuanyi of Enugu State, yesterday, inspected the ongoing massive infrastructural development in the Institute of Management and Technology (IMT), Enugu, being executed by his administration, in line with its concerted efforts to reposition the foremost state-owned institute to transit into a degree-awarding institution.

It would be recalled that shortly after the inauguration of the IMT Governing Council under the leadership of Deaconess (Mrs.) Ifeoma Nwobodo, the institute got approval from the Enugu State Executive Council (EXCO) to construct four massive academic buildings and other structures at the cost of N810 million.

The Ugwuanyi administration in furtherance of its commitment to return IMT to its past glory also approved the sum of N282 million for the prime institution to pursue the re-accreditation of 41 academic programmes.

Apart from all these landmark interventions in IMT, including rehabilitation of internal roads, renovation of the Administrative Block, Mass Communication Block and other buildings, it is on record that the institute, under this present administration, had its first convocation after 11 years.

Gov. Ugwuanyi, who was led round the project sites by Deaconess (Mrs.) Nwobodo, the Director of Works and Services, Engr. Dr. Charles Ajah and other management staff of the institution, expressed satisfaction with the progress of work.

The governor was accompanied by his Commissioner for Works and Infrastructure, Engr. Greg Nnaji, Deputy Chief of Staff, Prof. Malachy Okwueze and the Special Adviser on Special Duties, Hon. Uwakwe Azikiwe, among others.

Enugu State is in the hands of God!##