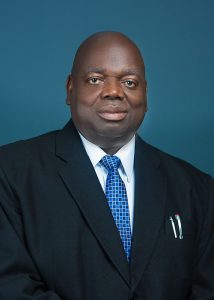 Professor Augustine Uchechukwu Nweze, PhD [Nig.], FCA, FCTI, FCPA, ACArb, JP the rector of the foremost State owned Polytechnic, the Institute of Management and Technology [IMT], Enugu, hails from Obollo in Udenu Local Government Area, Enugu State, Nigeria. He was born at the 11th minute on the 11th Day of the 11th Month in the Year 1960.

A teacher by training, Professor A. U. Nweze trained, on scholarship basis, at the famous Lourdes Training College, Iwollo from 1975 to 1980. As a Grade II Teacher, then, he variously taught Mathematics, Additional Mathematics and Physics in Secondary Schools.

Coming from a Five-Year Teacher Training College background [where the emphasis was more on Arithmetic for Primary Schools] and without attending any Secondary School, he surprisingly demystified Mathematics by scoring One Hundred Percent (100.00%), in the subject, in the 1983 University Matriculation Examination, conducted by the Joint Admissions and Matriculations Board. Subsequently, he obtained a BSc Degree, in Accountancy [1987], after making the Dean’s List and graduating in the Second Class [Honours] Upper Division, an MBA [1992], MSc [1999] and PhD [2002], all from the University of Nigeria, Nsukka [UNN].

Professionally, Professor Augustine Uchechukwu Nweze, PhD qualified as a Chartered Accountant and hence became an Associate member [ACA] of Institute of Chartered Accountants of Nigeria [ICAN] in 1992 and an Associate member [ACTI] of the Chartered Institute of Taxation of Nigeria [CITN] in 1996. To the glory of God, in 2003, he was elevated to a Fellow [FCA and FCTI] of both ICAN and CITN and a Justice of Peace [JP].

As for his working experience, Professor A. U. Nweze started his post-university career at the Federal College of Education, Eha-Amufu [August 1988]. Shortly after, in December 1988, he took up a job offer with Anambra Broadcasting Service, Enugu. In 1990, he left for Orient Bank of Nigeria Plc, where he served as Operations Officer and within three years, he worked in Enugu, Aba, Kano and Lagos branches. In 1992, he joined Royal Merchant Bank Limited as an Assistant Manager [Operations]. On observing the evolving turbulence in banking industry, then in 1995, he honourably opted out of the industry for academics to possibly actualize his desire and dream of becoming a professor. By God’s grace, on August 25, 1995, he joined Enugu State University of Science and Technology, Enugu, as a Lecturer in the Department of Accountancy.

To the glory of God, in 2009, Professor A. U. Nweze was elevated to the rank of Professor and he became First Professor of Accounting, Enugu State University of Science and Technology.

By God’s grace and courtesy of His Excellency, the Executive Governor of Enugu State, Rt. Hon. Dr. Ifeanyichukwu Ugwuanyi, Professor A. U. Nweze was appointed the Rector, Institute of Management and Technology, with effect from June 10, 2016.